JAKARTA, KOMPAS.com - Following the resumed flight of national flag carrier Garuda to Amsterdam, more Hollanders of Maluku origin are expected to return for Sail Banda international marine event this year. Maluku branch manager of the Indonesian Tour and Travel Agencies Association (Asita) Tonny Tomasoa said in Ambon, capital of Maluku province, that at least  3,000 of the 50,000 Molucans in the Netherlands visited Maluku every year.

And in conjunction with international marine event of Sail Banda this year, he said many more of them were expected to visit their places of origin in Maluku following the reopening of Garuda’s Jakarta-Amsterdam route on June 1, 2010, and the Jakarta-Ambon route  on June 3. Tomasoa said the reopening of Garuda’s Jakarta-Ambon and Jakarta-Amsterdam routes would convince the international community including the Dutch of Maluku origin that Maluku province was absolutely safe and conducive for tourists and visitors.

The province of Maluku was torn by a three-year sectarian conflict from in the 1999-2002 period  but now it is already safe and conducive for Sail Banda 2010. According to Tomasoa, Asita of Maluku had prepared a number of marine tourism objects, historical and cultural sites, agrotourism in Ambon, Banda, and Saparua which are easily accessible by tourists and the participants of Sail Banda.

"We have yet to decide whether or not Garuda’s flights to Ambon will be increased, but one thing is certain, namely that we  want to help make Sail Banda 2010 a success," Sumarno said in Ambon recently.       Garuda on June 3 will resume its  regular Jakarta-Ambon flights with a stopover at Hasanuddin Airport in Makassar, South Sulawesi.       "In the preliminary stage, we will hold exhibitions during Sail Banda, by which Garuda will play its role in helping make  the event a success," Sumarno added.       Garuda was currently transforming its business in the eastern parts of Indonesia by reopening routes to a number of areas in East Indonesia which have adequate economic potentials. Before reopening its Ambon route, Garuda also began flying again to Ternate, North Maluku, from Ratulangi airport in Manado, North Sulawesi.

In the near future, the national flag carrier will reopen its routes to Gorontalo and other regions in East Indonesia.  According to Maluku Vice Governor Said Assagaff, the much awaited reopening of Garuda’s Jakarta-Ambon route was expected to support Sail Banda.

"Garuda’s decision to reopen its Ambon route on June 3, 2010,  in the runup to the international marine event of Sail Banda 2010, is a very strategic one," Said Assagaff said in Ambon recently.       Assagaff, who is concurrently Sail Banda local committee chairman, expressed optimism that following the operation of Garuda flight to Ambon’s Pattimura international airport, spectators and guests to Sail Banda would not have any transportation difficulty to get to Ambon. Pattimura airport is currently a port of call of several airline companies, among others Lion Air, Batavia Air, Sriwijaya Air, Trigana Air, and Mandala Airlines.

"Therefore,  guests and spectators of Sail Banda will not have any  transportation difficulties to fly to Ambon following the  Garuda flight from Jakarta with a stop-over in Makassar, South Sulawesi," Assagaff said.       He also expressed optimism that Garuda’s Ambon route would have a strategic impact on other sectors such as investment and tourism because Maluku was practically safe for visitors after an almost three-year ethnic conflict in the 1999-2002 period.        "Maluku is absolutely safe and people of different beliefs are now living in peace and  harmony," Assagaff said.       Therefore, he encouraged the people of Maluku to optimally make use of Sail Banda to promote business in various fields. Meanwhile, Maluku Culture and Tourism Office spokesperson Florence Sahusilawane  said the reopening of Garuda Indonesia’s Ambon route would have a significant effect on tourism in Maluku.

Sahusilawane expressed optimism that with Garuda Indonesia’s new route to the scenic eastern Indonesian city of Ambon, more foreign tourists would come to Ambon in the run up to the international marine event of Sail Banda 2010. Garuda flights to Ambon, according to Sahusilawane, would again convince the international community that security and stability in Maluku were getting more conducive for foreign tourists to spend their holiday in Maluku.

According to some foreign tourists, the people of Maluku are very friendly and easy to communicate with.  Besides, they like  city of Ambon so much with its beautiful hills and valleys and the clear and calm blue sea and long beautiful beaches such as Namalatu, Natsepa, Liang, Hukurila, and many others.

The sea is the main attraction for  tourists. The beautiful long beaches, the crystal clear sea allows them to see clearly  fishes  swimming lazily under their traditional boats or in the coral reefs beneath. Besides the sea and beaches,  tourists can also visit the abandoned forts of the Portuguese, and enjoy the natural hot water from the mountain, and also the big eel attraction at the village of Wai where the an eel master can call them to get out of their hole  and dance around him to get a fresh egg or fish.

For food, tourists can enjoy "papeda", the traditional sago porridge with delicious fish soup, or they can also try the colo-colo, the traditional chili sauce with its unique sour hot spicy taste. Undoubtedly, Maluku would one day be well-known in the world for its beautiful beaches and sea more than the Caribbean, if the government well managed the area as a tourist attraction.

"The most important thing is that the Garuda flights to Ambon will  contribute to the success of the upcoming international marine event of Sail Banda 2010," Sahusilawane said. 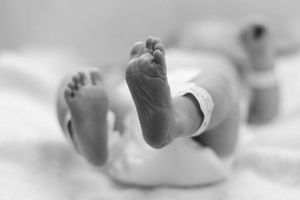 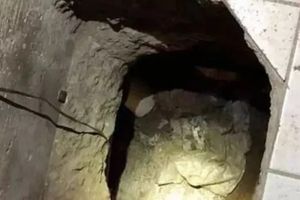